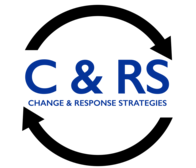 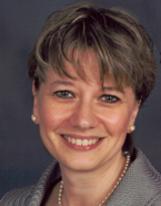 Angela S. Calzone currently serves as a Co-Managing Member of Change & Response Strategies, LLC. Founded in 2004 as a consortium of leadership, management, human resources, marketing strategists and corporate trainers, Change & Response Strategies (CRS) helps private, public, and not-for-profit organizations meet their business objectives by assisting them in clarifying their company vision, and strengthening strategic plan, competitive advantage, developing their staff and improving their business processes and overall infrastructure. She has also been among the finalists of NJ's Leading Women Entrepreneurs and Business Owners by NJ Monthly Magazine, recognized as a Women Leader by the Patriots' Path Council of the Boy Scouts of America, celebrated among the Best 50 Women in Business in New Jersey by NJ Biz Magazine, recognized as a woman of influence in real estate by Real Estate New Jersey Magazine and nominated for Garden State Women of the Year.

Prior to her role at CRS, Angela worked as the Executive Director for The Schonbraun McCann Group, a nationally recognized real estate consulting firm. As an experienced COO and business strategist, Angela was responsible for the firm's daily operations and implementation of new initiatives and subsidiaries.

Previously, Angela served as the Chief Operating Officer and Executive Director for Wiss & Company, LLP, Accountants and Consultants. In this capacity, she was responsible for redefining, developing and maintaining the infrastructure of this regional leading accounting and consulting firm. Her scope of responsibilities included managing the Finance, Marketing, Information Technology, Human Resources, Scheduling, Operations, and Administrative Departments as well as developing Mergers & Acquisitions strategies and subsequent due diligence for the growth of the firm. She also designed and implemented a firm-wide progressive program that focuses on the advancement of women in accounting.

A frequent lecturer to professional and trade associations as well as a regularly featured writer for business publications, Angela serves as the Vice Chair of the Scholarship Committee for Executive Women of New Jersey. Previously she served as a member of the Board of Directors of the Women's Fund of New Jersey, the Industrial Commercial Real Estate Women of New Jersey (ICREW-NJ), and the Turnaround Management Association (NJ Chapter) and the Summit Speech School.

Previously Angela served as the President of Network Productions, a full service management and marketing consultancy founded in 1992, where she met the needs of small businesses, middle market companies, educational institutions, and non-profit organizations. Through a New York City based alliance, Angela also worked with international businesses interested in establishing and/or expanding their operations in New Jersey and New York.

Further highlighting her talent for assisting businesses increase market share and profitability, Angela was the owner and publisher of one of New Jersey's top five most widely circulated magazines (as ranked by NJBIZ Book of Lists 2002).

Angela holds a Master of Arts Degree in Corporate and Organizational Communication from Fairleigh Dickinson University, a Bachelor of Arts Degree in English and Business Administration from Upsala College and a New Jersey Real Estate Sales License. Academically, Angela has served as an adjunct professor at Fairleigh Dickinson University, Kean University, and Berkeley College of Business and is credited with establishing several scholarships to benefit New Jersey’s college bound young women and minority students.